Our area is ideal for hiking, both easy routes to do even with children, as well as longer and more mountainous routes. We give you examples of several signposted routes from 1.5 hours to a full day, ask us for more information:

In Mairena is the BTT centre, there is a brochure with several routes. Route Nº 1 (67 km and very high physical level, high technical level). “Tierras del Oeste” passes through Yegen: http://www.centrobttnevada.es/rutas/ruta-1 By road: on the Alpujarra road you can go in the direction of Mecina Bombarón and Trevélez or down towards Cádiar. Or, on the other hand, towards Válor and the Ugijar valley. You can do circular routes of 45, 70 or more km.

There are several bodegas in the surrounding area which are well worth a visit.

25 minutes away: In Ugijar the bodega Dominio Buenavista: Dominio Buenavista produces its own vintage of Cabernet Sauvignon, Merlot, Tempranillo, Chardonnay and Viogner. The first vines were planted in 1992 (riparian) and grafted in 1994 with Cabernet Sauvignon and Chardonnay stems of Californian and Chilean origin. These varieties, brought from Europe to the other side of the Atlantic, have improved so much that some believe that a real mutation has taken place. Visits from 11am to 2pm (in summer also from 5pm to 8pm) every day of the week. Price of the visit 10 €, includes bottle of tempranillo, visit to the winery and tasting of 3 wines with tapas.

45 minutes away: A little further on, in the province of Almería and close to Laujar (34 km) is La Bodega Cortijo El Cura. It is an organic winery, the production is limited, as they focus on quality and not quantity. It is an estate of 25 hectares, all of which have been cultivated according to organic farming regulations for more than ten years. Of the 15 hectares of vines, around 6 are more than 40 years old. They cultivate native grape varieties from Laujar such as Jaén Blanca or Jaén Negra, among others; they also have other more widespread varieties such as Syrah, Cabernet Sauvignon, Merlot, Chardonnay or Tempranillo. It is located almost 1000 metres above sea level, between Sierra Nevada and Sierra de Gádor; specifically in the municipality of Laujar de Andarax, capital of the Alpujarra of Almeria. Laujar is also worth a visit.

35 minutes away: in Laroles we find the small organic winery CORTIJO FUENTEZUELAS.

In Murtas (55 minutes) we find the Bodega Cuatro Vientos with a museum and a rural inn where you can eat and taste the wines.

Other villages of interes

In the Alpujarra there are many beautiful villages. The best known are the 3 villages of the Barranco Poqueira (Capileira, Bubión and Pampaneira) and Trevélez, but there are many more villages worth visiting. From our house it takes about 45 minutes to get to Trevélez.

Ugíjar is only 20 minutes away, it has apart from the interesting Buenavista bodega a museum of customs and traditions. There is a path to reach Ugíjar on foot in about 2 hours, and you can return by bus (20 minutes).

Mairena is considered the Balcony of the Alpujarra, as from the viewpoint of its hermitage you can enjoy privileged views over the whole of the Ugíjar valley, the Cerrajón de Murtas and the Sierra de Gádor in Almería. It is also one of the whitest and best-kept villages in the surrounding area, with the silhouette of its church standing out in the urban area.

Not far from Mairena is Júbar, the smallest of the villages, which is in itself a real visual delight. This is due both to the traditional style of its architecture and to the exuberance of the vegetation in which it is totally integrated. One of the most outstanding monuments is the Mudejar church of Júbar.

From Júbar we can follow a beautiful path to Mairena and Nechite (GR-7) (see hiking).

Raúl Lozano Ruiz has been a beneficiary of the European Regional Development Fund whose objective is to improve the competitiveness of SMEs and thanks to which it has launched an International Digital Marketing Plan with the aim of improving its online positioning in foreign markets during 2020. To this end, it has been supported by the XPANDE DIGITAL Programme of the Granada Chamber of Commerce. 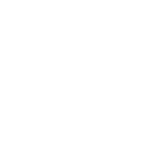